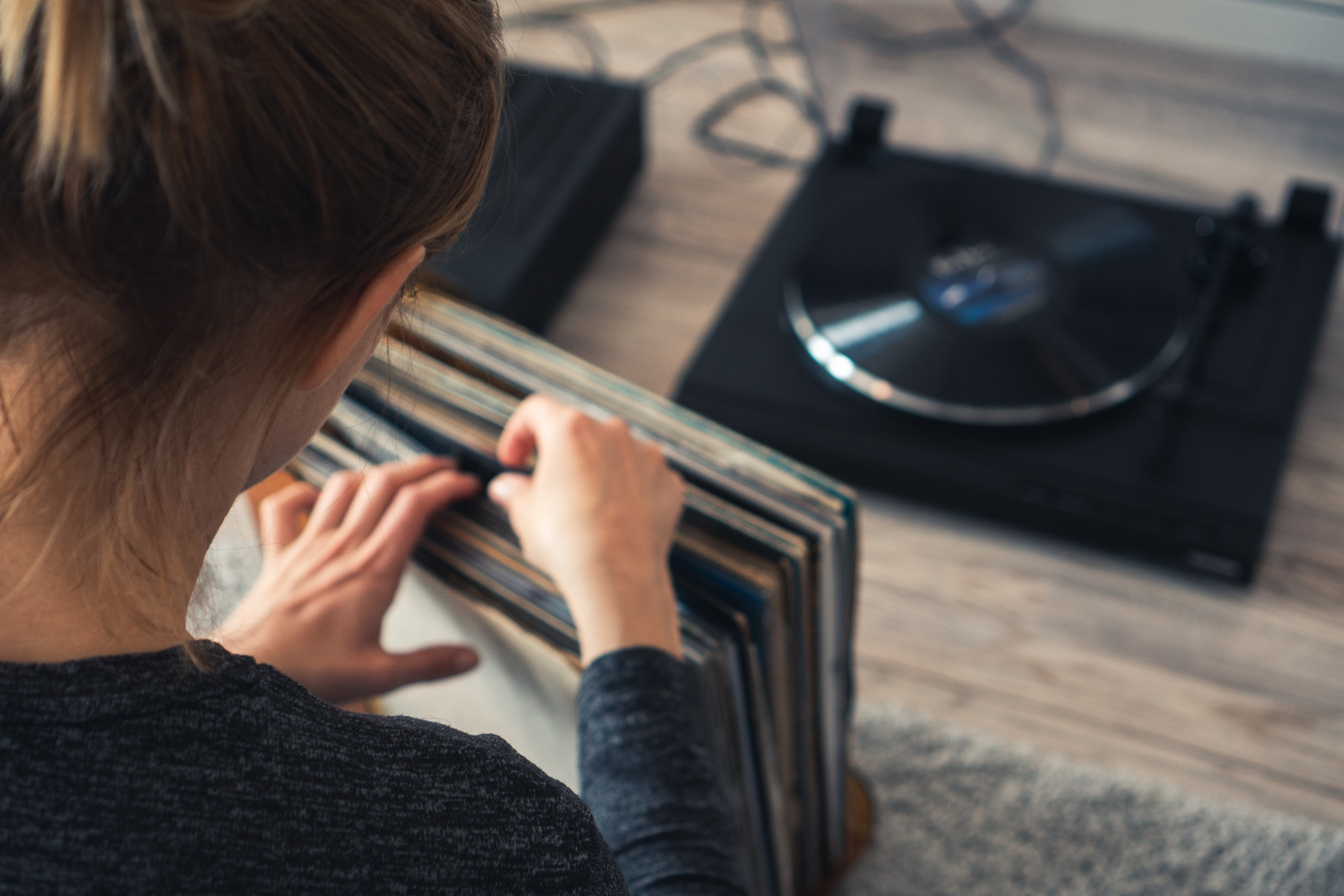 It was a sad day for the music industry when record companies received their weekly sales figures in mid-March: the worst week for album sales in 60 (!) years. That was back at the beginning of the pandemic. And as we know, the industry has had to endure many a dark day since then. For the past 10 months, the live music business has ground to a halt, album releases are constantly being postponed, and there is little hope that tours and live shows will happen again anytime soon.

This made the news from the vinyl market in mid-September all the more important. It was official: for the first time in 34 years, sales of vinyl records had surpassed those of CDs. It was as if an aging hero had finally gotten his long-awaited due. Having all but disappeared in the 90s, relegated to a niche existence at flea markets, vinyl has experienced a resurrection—and doubled its previous year’s sales to boot. How did this happen? 5 good reasons:

We listen to music almost everywhere. On the go, at work, we always have it with us—and thanks to streaming subscriptions, we don’t even have to buy it to enjoy it. People who buy vinyl in this day and age have other plans for the music: active listening, getting involved with the album, enjoying the crackle, switching off. And since we’ve spent more time at home this year than ever before, we’ve also had the opportunity to fully engage with a record.

2. Vinyl fans are younger than we think.

The cliché of old rockers chatting up the salesman and telling stories in a jumbled record store is starting to crumble. Scott Hagen, CEO of turntable manufacturer Victrola, explains that 60% of millennials between the ages of 18 and 29 now own a turntable and buy records regularly.1

3. Vinyl is a future-proof investment.

USo many classics are now available on vinyl. Every week at least one exciting re-issue comes out, with opulent booklets and sleeves, or special editions. What’s more, the annual Record Store Day entices fans to go out in search of special limited issues. In 2020, more than 800,000 pressings were sold in a single day—an all-time record. Unlike all other physical sound carriers, the value of rare editions increases over time—which doesn’t sound half bad when you start thinking about your own retirement savings.

4. Vinyl can change our listening habits.

Writing and recording a good album should always be the artist’s goal, yet the past decade has seen the market flooded with countless quickly recorded and uninspired albums. For many artists, having a good song every once in a while was enough to make it to the top of the streaming portals. When listening to a record, on the other hand, we don’t feel the urge to constantly run to the record player and skip to the next song like we normally would on our smartphone. We want to listen to the whole album. And that means the album has to be good, well mixed and exciting to listen to from the first minute to the last.

Despite all the euphoria, vinyl is and remains a niche market. 85% of music is consumed via streaming, while paid downloads continue to decline. CDs have particularly suffered in 2020. Although they still outpace vinyl in terms of quantity, vinyl sales are higher: customers are happy to spend more for colorful vinyl, an extra-thick booklet or a 180 gram pressing. These features appeal to all the senses—and a CD in a standard jewel case or a fast stream just can’t keep up.