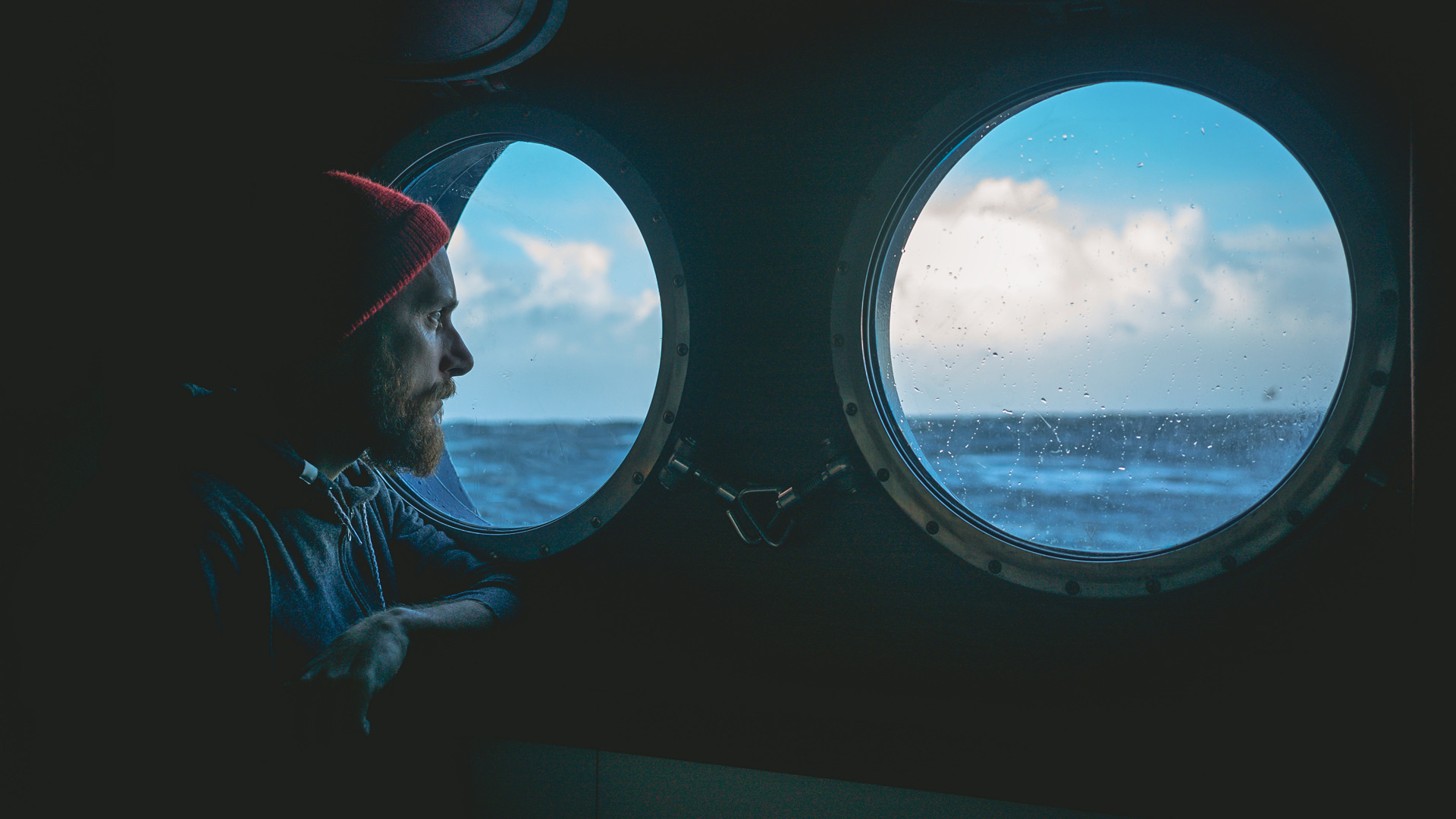 It is not uncommon for tourists (still slightly green in the face from the swell of the tide) to complain bitterly to the tour organizer that the only thing missing on the whale watching tour was the whales! Then they ask for their money back. But it’s hardly surprising that whales prefer to stay away from humans, because their attempts to communicate are frequently misunderstood. Humans and whales are simply a mystery to one another. Over the past 50 years, scientists have made every effort to better understand whales. And since whales are usually very difficult to track down, they based a lot of their research on sound.

You never forget your first encounter.

Seafaring has been a popular pastime for centuries. It finally allowed people to expand their small territory, to discover other continents and to understand the world anew. Yet there were still plenty of superstitious tales of the hidden traveler deep in the ocean. When this strange knocking and deep moaning suddenly rose from the sea at night, the sailors all agreed: These were the threatening songs of the dead sailors who wanted their ship back! Soon there was talk of sea monsters that ate ships whole. Legend after legend grew from these “resonating bodies” in the inky depths of the ocean. When, out of the blue, appeared the unforeseen fountains in the dark, the vast shadows and the strange hum of one of the most peaceful and timid species on the planet. The moaning was actually a song. A song? But why are the whales singing?

When Herman Melville wrote Moby Dick in the mid-19th century, the first nautical horror stories had already been dismissed as folklore. Still, he could not have known what we know today about the language of the whales. When looking for mates, male whales are the minstrels of the ocean. Humpback whales up to 15 meters long, for example, are the bass kings. They sing their songs in a frequency spectrum of 10 to 8,000 Hertz to vie for the attention of the females. Scientists have already been able to catalog an unbelievable 622 different sounds. Hitting the right note is like the Tinder of the underwater world: It‘s a match!

In terms of its scope, the mating ritual of whales can compete with the concept of human online dating: With a frequency of 20 Hz and 16 Hz respectively, razorbacks and blue whales can cover a distance that according to marine biologist Oliver Boisseau is comparable with the distance “from the coast of Africa to the Caribbean".

Now that we understand the whales better, we know that we cannot assume that their hearing correlates to their immense volume. Whales are very sensitive when it comes to their sensory perception. Cruise ships, the military, oil rigs, and tourism can all cause harm to the animals. Whether we are scanning the ocean bed with sonar, using droning machinery and pipelines or exploring with sound cannons, we are making an enormous amount of noise deep in the ocean. Stranded whales usually have bleeding in their brains and inner ear—so it’s little wonder that they prefer to avoid humans.

Protecting the whales to safeguard our future.

Every single one of us has seen the gruesome images of illegal whaling. Even controlled hunting, as is currently only practiced in Iceland, does not help to preserve the species. Scientists have already found bone remains of some species that have never been seen alive: They were wiped out before we even got to know them. It may sound harsh when Boisseau says that the only way to save the whales is to prove that there is much more money to be made from them beyond whaling and killing.

Even if humans no longer perceive whales as a threat, would we want our oceans to fall silent without the songs of the whales? Perhaps if we all listened carefully to the emotion of the song, that would be a good place to start.