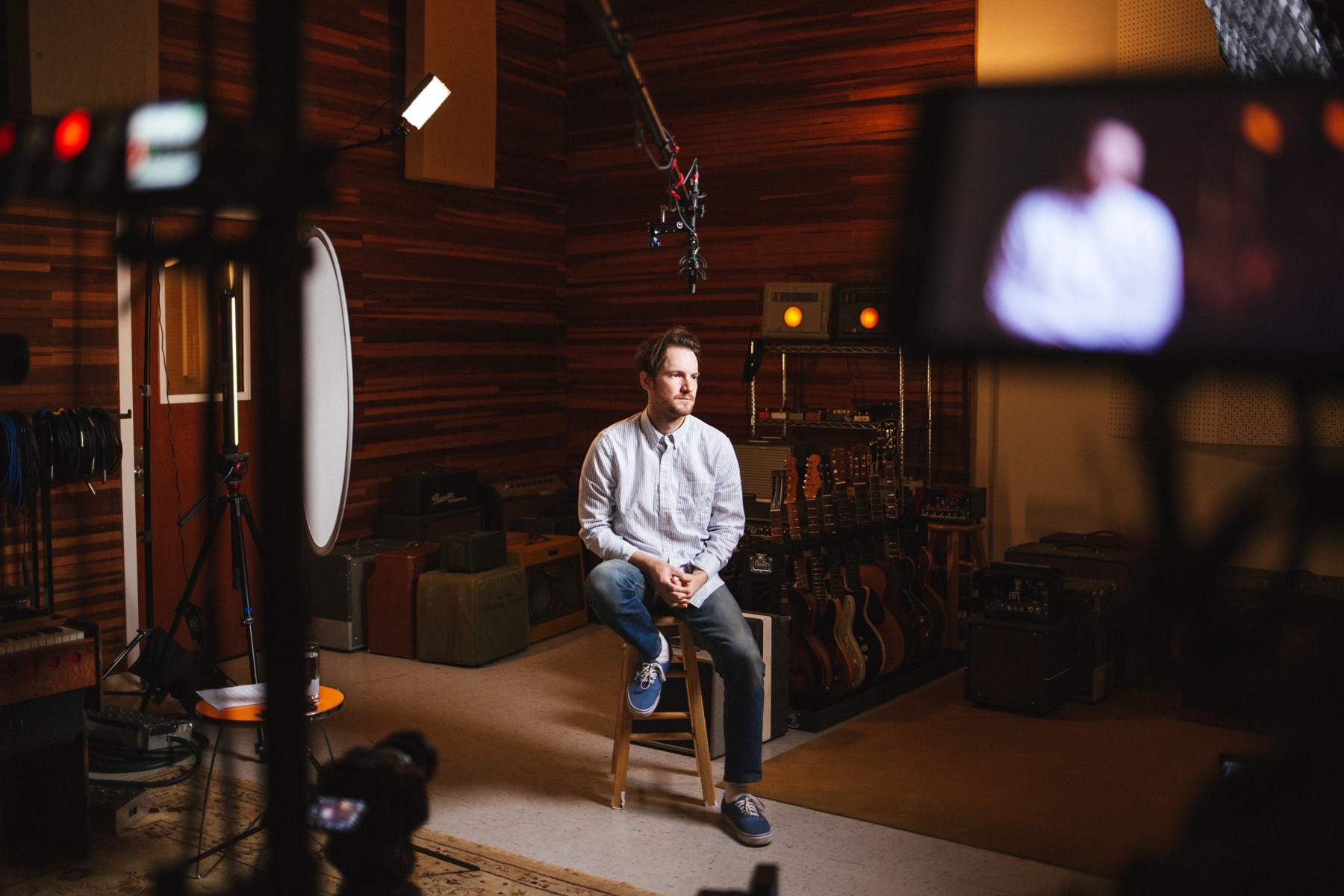 Blake Mills’ discography spans from John Legend and Lana Del Rey to Alabama Shakes, Weezer and Kid Rock. Currently in residency at Sound City Studios, Mills has taken a more hands on approach to producing by helping to nurture an artist’s creativity and by factoring in their input, above all else. Having grown up on the West Coast in the 1990s, Mills’ love for music was influenced most by the grunge scene. Among his favorites was Nirvana, whose “Smells Like Teen Spirit” and “Come As You Are” were produced in the very studio that Mills calls home today. “When I was 10 years old, that image of somebody with long greasy hair playing a guitar strapped super low, was just really iconic and alluring for me,” he says.

Though his love for music has since grown to other genres, most of Mills’ professional life can be linked to one studio. “My history with Sound City goes back to doing a record with Tony Berg as my producer. I was in a band called Simon Dawes. We decided to make a record with him. I had never made a record before and everything was unknown and exciting. The spirit of experimentation is so wonderful.”

As a producer, Mills is perhaps best known for his work on the multi-award-winning Alabama Shakes “Sound & Color,” which debuted at No. 1 on the Billboard 200. “We talked about record making and where they were at and what they wanted to accomplish on this record,” he explains. “We started to work together on a couple songs … and we just kept going until it was it was done. And that was a really important experience for me on a number of different levels. Whenever an artist is making a record, they have to decide where on the spectrum between artistic creativity and commercial viability they want to land.” Mills feels the Shakes album, walked that line perfectly. “It was just the best possible experience to have as far as the type of album to be working on, and with the type of band and personalities,” he adds. “To have that also cross over into the commercial success, it was just really lucky on a number of levels. And it’s something that I'm forever grateful for.“

According to Mills, “there are a lot of decisions that an artist will have made before the record is even written that I think people commonly assume a producer does. I just try to identify the things that can be of service to the artist that allow them to just focus on being an artist. And that's maybe the best job description I can come up with for a producer.“